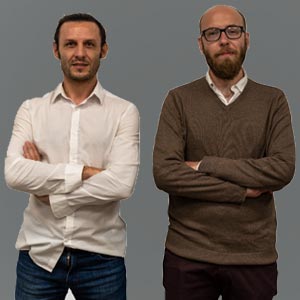 Alejandro Borra, Founder and Juan Manuel Silva Garretón, Co-founder
Building businesses from scratch is no mean feat. This is especially true in an increasingly digitizing world where an efficient IT infrastructure is a prerequisite to developing cutting-edge minimum viable products (MVPs). However, new businesses like startups with fewer resources inevitably find acquiring and maintaining expensive IT infrastructure a hassle. Latest cloud computing architecture models like Serverless can be the one-stop solution for all enterprise IT infrastructure needs with its low-cost deployment and maintenance, enhanced application building, wide adaptability and scalability, and fast go-to-market methods. Yet, a general lack of awareness of these new technologies hinders their widespread adoption. On top of that, startups also struggle to manage the complex cloud infrastructure due to a lack of deep know-how of cloud technologies and system architecture.

Simplifying the IT landscape for startups and enterprises is Sinapsis. The IT services firm builds innovative, cost-effective digital solutions by leveraging its in-depth knowledge and highlevel expertise in Serverless Computing technology by AWS. "We are the only Latin American partner of Serverless Framework, and are also AWS partners. Our core value proposition is based on designing and developing MVPs with Serverless technologies," says Alejandro Borra, founder of Sinapsis.

Cognizant of the budget optimization needs of startups, Sinapsis builds both backend and front-end applications sans fixed costs. This flexible pricing is proportional to the customer traction received by the startups. "They are not paying anything if they don't have users on the platform," remarks Borra. In addition, Sinapsis also ensures startups don't discard their initial quality products post unsatisfactory reception in the market testing phase. With a modular-driven approach, Sinapsis adds select features to the product, thus enhancing its quality or even modifying the product to increase its efficacy. "We love to tackle the changes and the dynamics of the startup world, which is valued by our customers," extols Borra.
With a flexible approach, Sinapsis designs MVPs suited to clients' requirements either from scratch or builds upon their preexisting products. Once the MVP is finalized, Sinapsis provides clients with detailed documents explaining their plan of action for market testing. As the plan enters the execution stage, Sinapsis keeps engaging with clients, continually reviewing the work-inprogress to deliver quality products. “Our goal is to build highquality applications for our customers within a very short time,” states Borra.

As an example, Borra recounts Sinapsis helping a music company distribute music across various streaming channels worldwide. Already delivering music to Spotify and YouTube, the company wanted a flexible, user-friendly, global music-sharing platform that can seamlessly integrate with legacy systems. Working alongside the client's design team, Sinapsis created the whole platform using serverless technologies within three months. In addition to streaming music, the platform provides advanced analytics to gauge customer tastes and traction, and also collects artists' earnings and distributes them to grantees. The platform became a runaway success in the US, Africa, and Europe and is rapidly gaining worldwide coverage.

Sinapsis also helped two leading Argentinian newspapers handle the huge influx of users on their websites during the 2019 national elections. Sinapsis designed a Serverless platform that provided realtime election coverage to users with the capability to simultaneously host around 5.5 million concurrent users. "This proved to be a costeffective option as the actual cost of infrastructure was very low," informs Borra.

En route to more successes, Sinapsis aims to consolidate US markets, strengthen its position in Latin American markets, and enter into partnerships with European startups. Sinapsis is also looking forward to partnering with other Serverless providers and offering their services to Serverless consultants by end-2021. "This is part of the support services we provide to our customers and organizations that utilize Serverless to create their products and update themselves technologically," Borra says. Moving forward, Sinapsis will continue to hold workshops and conduct research to enhance their proficiency in Serverless technology and be the go-to Serverless experts. 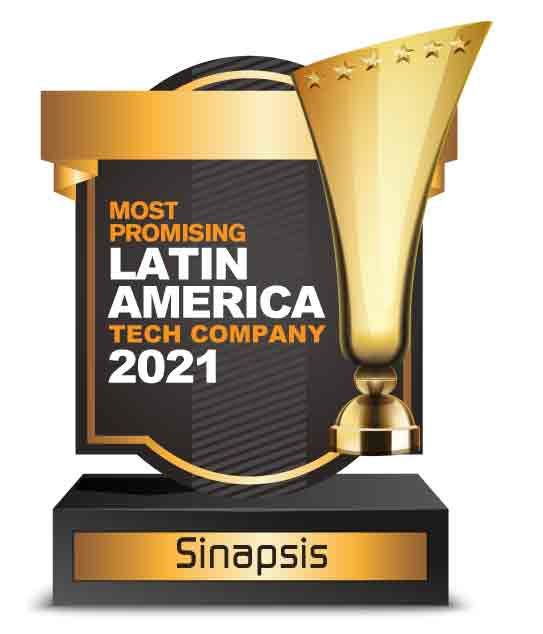 Description
Sinapsis is the only Latin American partner of Serverless Framework and also an AWS partner that assists businesses in designing and creating high-quality minimum viable products (MVP). The IT services firm builds innovative digital solutions by leveraging its in-depth knowledge and high-level expertise in Serverless. Focused on assisting startups and other enterprises on restricted budgets, Sinapsis devises cost-effective, high-quality digital solutions within a short timeframe. With a flexible approach, Sinapsis designs effective MVPs suited to clients' requirements either from scratch or by building upon their pre-existing products to enhance them further 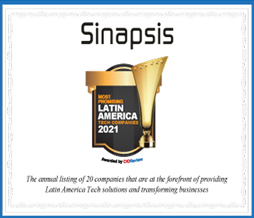